Alright, so I'll release these attachments of the SCM off the mastoid tip - give a little better exposure of the whole mastoid tip here. Here is the ear canal. And then, I like to make a little relaxing incision right there, which then allows me to have a little better exposure to the mass - to the anterior mastoid here - the epitympanum/attic area. Alright, so that's the exposure we need, so now I'll start with the drill. 5 cutter. Let me have a bipolar first. If you don't get all these little bleeders now, they'll bug you the whole case, so. It's important to take the time in the beginning to get everything ready so you don't have to stop and go back and fix things.

Alright. I'll start with a 5 cutter and the... Okay, water on. Okay, decrease the water. Down? Down the irri - yeah, down. Up. So you want it so - that's perfect. So you want it so when it's on, it's flowing, and when I put my finger on the hole, it stops. Okay. So that's the perfect amount. So I start at the linea - above the linea temporalis - about 5 millimeters above the ear canal is where I expect tegmen to be, and I make a - go all the way from front to back, using irrigation to keep my visualization to blow - wash away the bone dust and bleeding. It keeps the - keeps the specimen cool, so you don't burn the bone. It also keeps bone dust out of your burr, which keeps it sharper.

So here I see a hair cell, and this is dura right here. So I've - I've now exposed - that's going to be dura under here - the tegmen. I'm going to expose a little better anteriorly. It's going to be pretty good anterior exposure for this. And that's going to be dura there. So once I have the tegmen, my superior limit, I'll come along the anterior canal - along - along the ear canal out to the mastoid tip and expose my anterior limit, and then I can remove the rest of the cortex, going from known to unknown. I go superior to inferior, exposing the hair cells and taking - doing the cortex - taking the cortex off, exposing all the hair cells. Alright, can I have an irrigation?

So once you get all that bone dust out - actually, let me have water off for a second. Let me have a - let me have a Freer. So, can you save all this? Get a container or something from the... So I'm going to save this bone pate for later to use to help plug the hole. So this is really good stuff. It can be used for a lot of different things. Do you want a cup with saline? Just no - just leave it as it is - leave it as it is. Let me have irrigation. There's a way to change the way that - where the recording is on... but I may have to... Drill. You may have to what? Water on. Turn it up a little bit. De - decrease it a little. Down. Alright. It's a little bit - it's a little bit low. Do you want me to adjust the microscope? Yeah - and it's not going to have to be much. You're just - you're going to have to just look a little bit lower. That's perfect. That's fine with me. Okay. Good.

So, I'm going to follow the tegmen in. And what I think there - here's sigmoid sinus. It goes up nicely there, so that's as far back as I need to be. And so, I'll follow the tegmen in, thin out the ear canal, and just keep following it medially. So here I am now getting through into the antrum. Alright, irrigation. Can you put a 4 cutter on? Yep. And can I have the bed away, please? So I'm going to change my angle a little bit to look more into the antrum. Can I have the bed away, please? Yes.

Okay, so here I'm starting to see the lateral canal, but I have all this bone I can thin out. So I thin the ear canal out, and then I expose more of the tegmen - and then I can go between them. That lets me know I'm safe, and there's the incus. So I'm going to want to expose, thinning this. Alright, water off. Can I have a 4 diamond? I'm going to zoom in a little more. Gimmick. So here we see the incus really well right there - there. Alright, water on. Slowly. Very thin tegmen here, so there's some dura. Alright, let me have a 3 diamond. Can we have bipolar first? So as is often the case with people with superior canal dehiscence... Something just fell on my shoe. There's often very thin bone over the dura - often natural dehiscences. Can I have some bone wax? Okay, so here's the lateral canal. I'm just going to expose this a little better. I'm going to skeletonize the - the labyrinth.

To maintain access: please let your librarian know you would like a subscription or send us an email at subscribe@jomi.com and we will forward your feedback to your librarian. 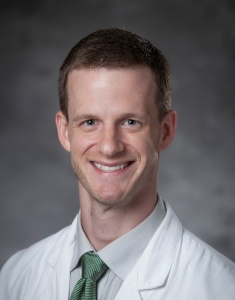